All This Damned Happiness 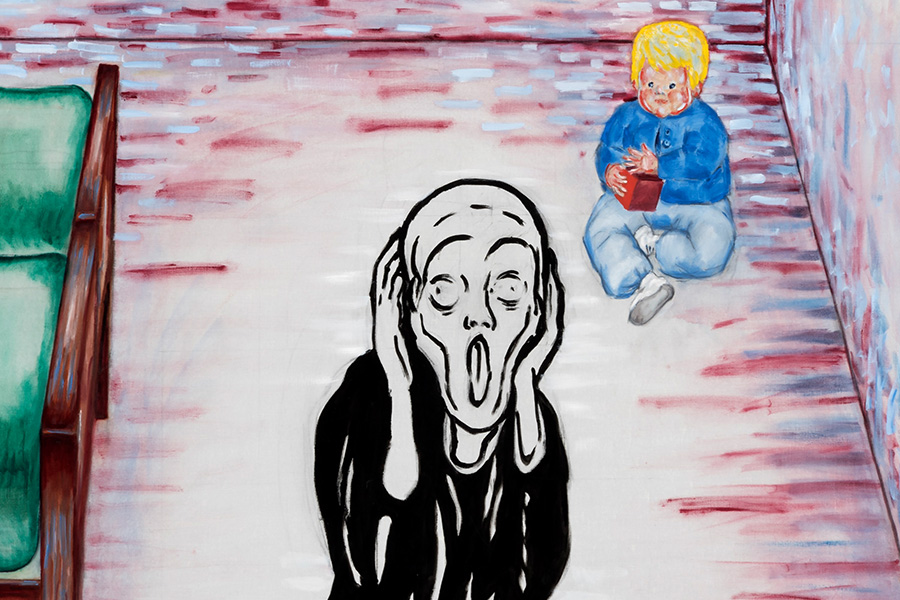 The private, the forgotten, the boring. Magnificent dreams vs the daily chores and worrying about how to get it all to work. Anna Sjödahl looked at her own personal life and made art that reflects it. Although the imagery is from another era, the themes she explored are neither site- nor time-specific, and just as urgent today.

Anna Sjödahl’s art can be likened to a diary – uncensored images and ideas that flow past and let us glimpse a human being, a life, in the hustle and bustle of a frustrating existence, as life often is, especially for women.

“The personal is political”

Anna Sjödahl is also associated with the feminist art that was exhibited in Sweden in the 1970s. This was a time when women’s everyday experiences were highlighted and scrutinised in both art and other contexts. “The personal is political” was a slogan popularised by feminists in the late 1960s.

The exhibition title is from one of Anna Sjödahl’s diary entries, dated 31 December 1972:

“ALL THIS DAMNED HAPPINESS AND WARMTH THAT YOU’RE SUPPOSED TO GENERATE AS A WOMAN/MOTHER. PHEW. I THOUGHT I SCREAMED BUT I MUST HAVE WHISPERED.”

The motifs in the exhibition are from everyday life: set tables, cutlery, furniture, clothes, but also ordinary situations such as getting the kids dressed, dinner, lunch at the kitchen table, dreaming and longing. Nature is another recurring subject, with layers of fragments from ongoing existence.

Anna Sjödahl’s imagery is from another era. And yet, we can see ourselves and our lives in it. The lives we are living here and now, and the dreams that maybe aren’t that different to Anna Sjödahl’s. The relationship between our own condition and what we imagine others expect from us – and our personal battle with the surroundings and our own insecurities – are probably both timeless and universal.

With a philosophical eye

Anna Sjödahl’s works are not quite as explicitly political as her texts sometimes are. Her images have many layers, and she portrays human existence also on a more philosophical level, with subtle and sometimes enigmatic elements.

As an artist, she is aware that it would be futile to try to explain everything about our essence and meaning, and yet it is imperative to constantly seek clarity and ask questions and challenge the events that life exposes us to. Why do we end up in the situations we find ourselves in? What are the overarching structures? And what do our individual choices consist of?

Anna Sjödahl (1934–2001) was born in Gothenburg and studied at the Royal Institute of Art in 1959–1964. She is represented in the collections of Moderna Museet, Göteborgs konstmuseum, Borås Museum of Modern Art, Skövde konstmuseum, Västerbottens museum, the City of Stockholm Art Collection and the Public Art Agency Sweden.